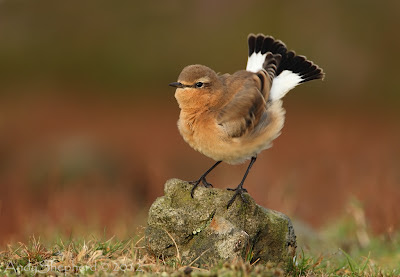 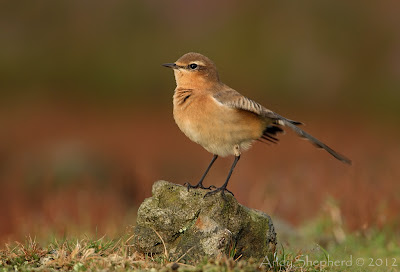 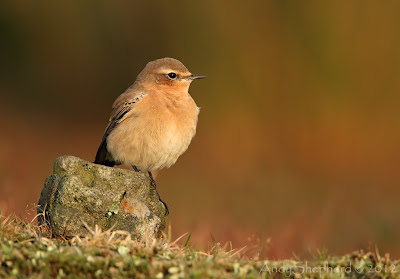 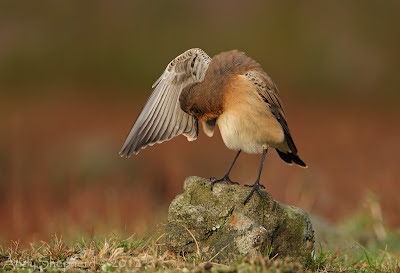 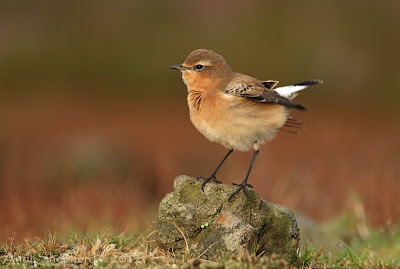 Inbetween taking shots of Red Grouse, I would often try to capture
some shots of the two Wheatears that frequent this site, but for the last
two weeks they have led me a right merry dance. But on this particular
morning things all came together; well sort of.

One of the Wheatears would sit on a very attractive clump of moss, so
that was where I decided to set up and try and capture some shots of
this superb little bird. About 30min after sunrise the Wheatear arrived
and according to plan it went and sat on the lovely mossy perch, but with
the first click of the shutter off the Wheatear shot, bugger!!. Never mind I
thought, it'll soon be back, and sure enough it was, though this time it sat on
a little rock. Now the rock is OK, but give me that mossy perch any day of
the week ; )

Until next time, thnaks for dropping by.

Andy Shepherd
Welcome to my Blog, I'm a amateur wildlife photographer from West Yorkshire, I hope you enjoy my images and there should be more to follow soon. All the feathers and fur on this blog are wild creatures, I don't photograph captive subjects.

Press f11 for a full screen view, and then click on the image to view the large version.